Menu
Get My Property Value

Your Handy Guide to the Eastern Suburbs and the Best Streets, Schools, Food and Amenities

So you are looking to buy a beautiful home in Orakei, Mission Bay, Kohimarama, St Heliers, Glendowie, St Johns, Stonefields, Meadowbank, Wai-O-Taiki Bay, Glen Innes or Remuera? You have come to just the right place. I have specific expertise in selling and buying homes in these areas and I would love to help you.

Check Out The Properties Currently For Sale In These Areas

Auckland is New Zealand’s largest city and the centre of the country’s retail and commercial activities. Approximately 401,500 people live within the city boundary and 1.6 million in the greater Auckland area, which is more than one third of New Zealand’s population. This proportion is predicted to increase to 39% by 2043, when the population could reach 2.4 million.

Auckland City is built on a narrow isthmus between two harbours – the Manukau and the Waitemata – and is surrounded by 11 dormant volcanoes and numerous picturesque islands. Auckland City is also known as the “City of Sails” because of the great number of yachts that sail in the harbours and the adjoining Hauraki Gulf.

Auckland’s amazingly diverse geography and (generally) warm, humid climate has inspired a lifestyle that is regularly ranked in the world’s top ten. In just half an hour, you can be enjoying a myriad of life experiences: sailing to an island, trekking through the lush rainforest, sampling wines at a vineyard or wandering a wild, black sand surf beach. What else can you possibly ask for? This is why Auckland consistently ranks high on quality-of-life rankings.

Introduction to the Eastern Suburbs

The Eastern Suburbs consist of the following:

Given its proximity to the city and the beaches, the Eastern Suburbs have long been a much loved neighbourhood for many.  With many top notch amenities from popular schools, libraries and cafes and low crime rates, it is no wonder that people often stay longer in the Eastern Suburbs than other parts of Auckland, with very low turnover of houses compared to other areas. A strong testament to the pulling power and attractiveness of the Eastern Suburbs to many homeowners indeed.

Wondering where are the best places to stay in the Eastern Suburbs that will suit your lifestyle, budget and family needs? Read on for the handy guides to each suburb!

Saint Heliers – Buying A Home For Sale And Living

Saint Heliers is an affluent eastern suburb of Auckland, located about 10 kilometres… 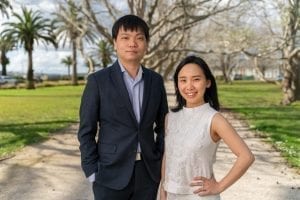 Who You Work With Matters

We’re here to answer any and all of your questions.

“We loved their approach to selling our property, their innovative marketing, the ideas they gave us on how to prepare the house for sale, and the result they achieved for us. We would definitely love to work with Ruoxi and Dickson again in the future.”

Read more of our reviews here!

You are on your way to buying and selling smart WITH THE BEST AGENTS.

Zero spam promise. Just once a month exclusive update with off-market listings and the best properties we can find. Unsubscribe anytime.

WHO YOU WORK WITH MATTERS

Tips & Tricks from Us + Blog

Get The News Now!

Once a month – direct to your inbox, value-added and non-spammy (unlike others)

No thanks, I'm happy as is.